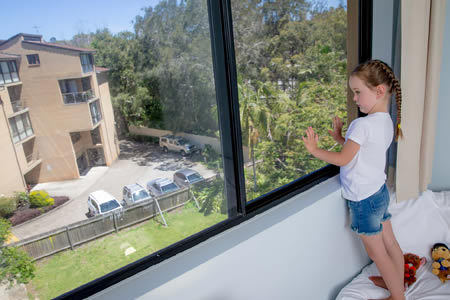 Finding the right solution to meet the new Strata window restriction regulations can be a case of trial and error, as one NSW holiday apartment complex discovered.

Port Macquarie Beaches Holiday Apartments first learned of the pending law change through their Strata Manager at their AGM. The complex consists of 19 units, the majority of which are leased for holiday rentals, meaning they are occupied by a variety of people throughout the year.

Initially the complex installed window locks to restrict window openings to the maximum 125mm allowed under the regulations. However, they found that guests were continually breaking the locks, as many thought the restricted openings were unacceptable and wanted to open the windows further to increase natural ventilation.

General Manager Ian Newton, found himself facing questions from guests and having to undertake costly and time consuming repairs, and dealing with numerous dissatisfied guests who did not accept or were not aware of the law. 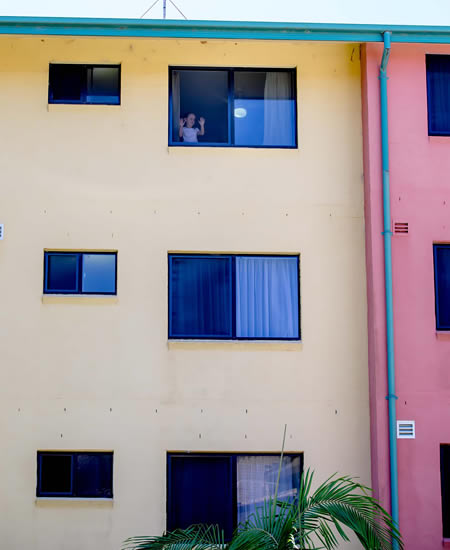 “We were regularly being requested to open the windows wider and having to explain to the guests this was not possible due to the new laws,” says Ian. People also didn’t realise that because the windows were at such a great height, standard flyscreens were dangerous for children playing near them.

At the end of an extremely hot summer, Ian decided to research alternatives to the locks to see if any other options might allow for a wider opening and improved airflow. Under the Strata Regulation, the options for providing protection are to have a device which restricts the window opening or to install a robust screen, and both must meet specific criteria.

During his research, Ian came across the KidScreen fall prevention system which appeared to be the ideal solution.

Unlike a standard flyscreen, KidScreen has been tested and certified to exceed the 250N force standards and satisfy the Australian Standard for Protection of Openable Windows (AS5203). To see if this was the right option for the property, Ian made his own enquiries.

“I contacted the Office of Fair Trading to ask them about which products complied with the new law,” says Ian. They were able to reassure him that if the product complied with Australian Standards – as in the case of KidScreen – it would be an appropriate solution.

With the KidScreen system fitted to all 50 windows, Port Macquarie Beaches Holiday Apartments is now a safe, compliant building, and one where guests can enjoy the benefits of full natural ventilation from the windows all year round.